5 Oh Trees was a gangsta rap group from Portland, Oregon, featuring raps by a number of local underground rappers, including Big Nutz, Celebrity Johnson, Bluntman and Dose. The group gets their name from the city's original area code, 503.

This group was active from 2003 to 2009. Big Nutz continued on to work on the project called HRD. 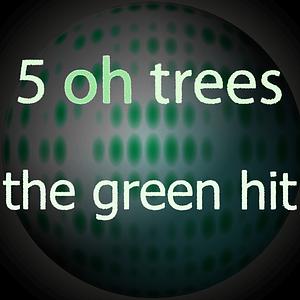 An early 5 Oh Trees demo track, Get Off the Wall, was featured on the 2003 compilation Triple Penetration.

The group's debut full-length album, The Green Hit, was released in 2005; it was made available for download on the Internet, and on CDs sold personally by the artists and their friends.

Over the next few years, many more recordings were made, although plans to continue releasing albums on a regular basis were never realized, and the group was eventually disbanded with the creation of HRD in early 2011.